Friday Find Out: What’s the difference between the South and North Units of the Theodore Roosevelt National Park? 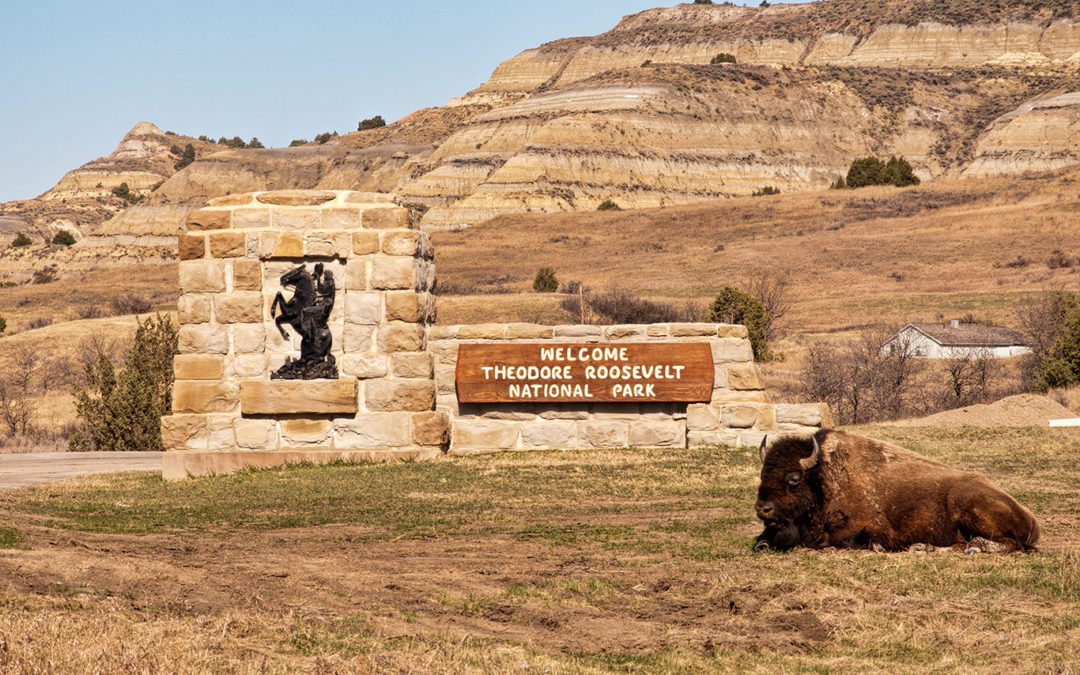 Good question – they are quite similar, especially with all the workers running around with their Smokey the Bear Hats. The South Unit is older and more stable, less rugged than the North Unit. A part of a band of wild horses at the South Unit of the Theodore Roosevelt National Park come down a dry dusty hill on a summer afternoon.

The South Unit has bison, elk, deer and wild horses.  The North Unit does not have wild horses, but instead, it has longhorn cattle, along with bison, elk, and deer. The North Unit has a herd of longhorn steers, a nod to the history of the region, the northern terminus of a cattle trail that began in Texas. The South Unit is the larger of the two units of the Theodore Roosevelt National Park.

There’s more traffic in the South Unit because it is more easily accessed at a popular town, (Medora) and it is on I-94. The North Unit is more remote and has less traffic. It’s about 15 miles from the nearest community (Watford City), so fewer people make the 50-mile drive up from I-94 to the North Unit. The 14-mile loop in the North Unit attracts motorcyclists and others who ride through the canyon floor up to the overlook at the end. The highway is below some of the higher points on the trail.

The South Unit has a 36-mile loop and two entrances.  The North Unit has one entrance and one 14-mile road in and out. The North Unit provides many scenic overlooks of the river that cuts through the Badlands from south to north — The Little Missouri River.

Both units have a variety of hiking trails to fit all levels of hikers. Because it’s a bit more rugged, the North Unit has a more rugged reputation, especially with its Achenbach Trail, which can be a two-day hike, crossing the Little Missouri River.

Read more about a popular easy hike in the North Unit

Here’s the National Park info on the two units.

What are differences we missed here that you know about? Comment below.

Stay informed through the fall by adding your email to the subscribe box so you can get notes when new posts are added.