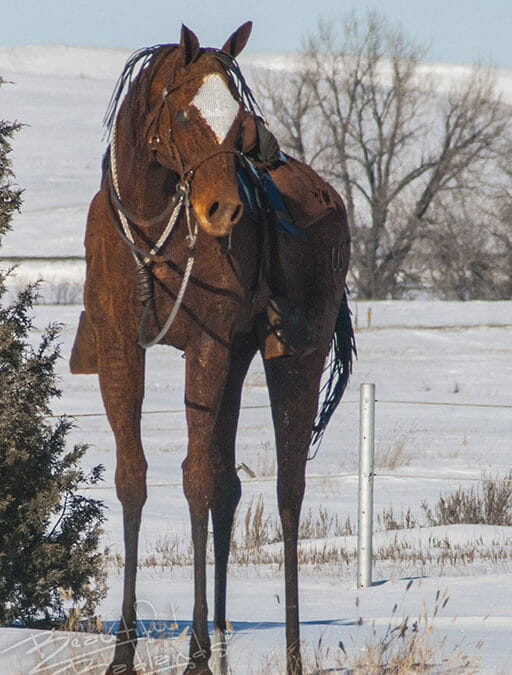 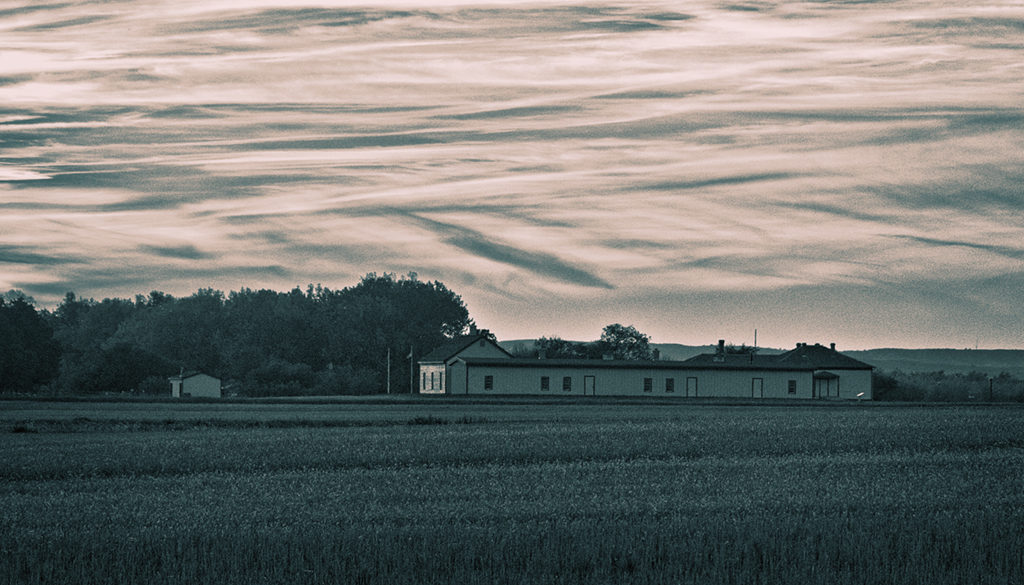 Fort Buford is an amazing place. It figures in throughout the history of America. Explorers such as Lewis and Clark highlighted the area before it became a fort because it is the confluence of the Missouri and Yellowstone Rivers.  To travelers 150 years ago, it was like a major Interstate Highway intersection. 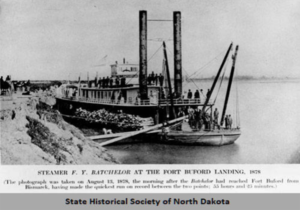 The Fort was built at the end of the Civil War.  It had a number of “Galvanized” soldiers, those who had been Confederate soldiers but agreed to serve at posts such as Fort Buford. They were joined by regular Union Soldiers and of special note, Buffalo Soldiers. 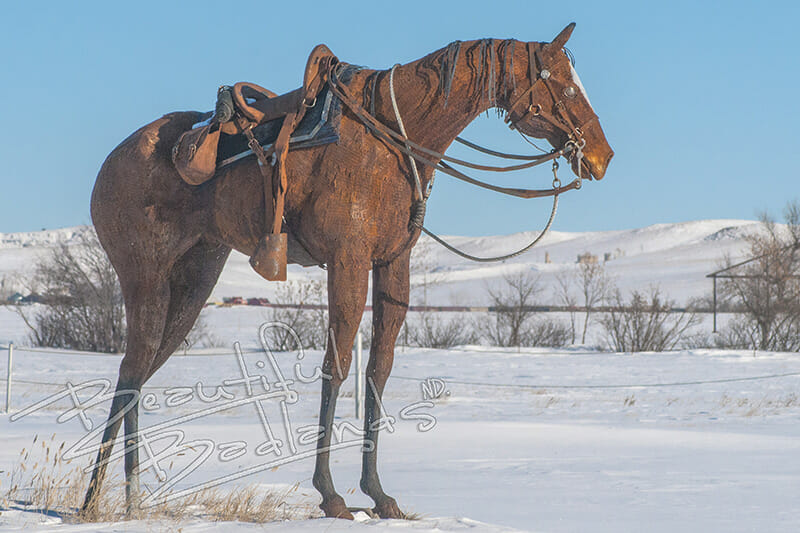 The horse sculpture at Fort Buford is praised for its authentic detail in even the smallest components.

The horse is a tribute to the Buffalo Soldiers. The term “buffalo soldier” was a term of respect.  Native Americans reportedly named black-haired, dark-skinned soldiers “buffalo soldiers” because they reminded them of their sacred buffalo.

Montana sculptor Jim Dolan designed and built the horse sculpture and named it “Our Work is Done.” It was erected in a celebration in 2016.

The site belongs to the Masons.   In 1891, they segregated lodges based on race. That’s why two lodges stood here at Fort Buford, one for the Buffalo soldiers and one for white soldiers.  The horse stands at one lodge and looks toward the second lodge of the Buffalo Soldiers.

Fort Buford is a popular tourist destination with walking trails, boat ramps, camp area, museum and the tribute to the Buffalo Soldiers. It’s just down the road from Fort Union, a nearby rebuilt American Fur Company trading post.

Here are links to read more:

Dedication of the Sculpture