Renaissance Festival, a slow start to a big dream 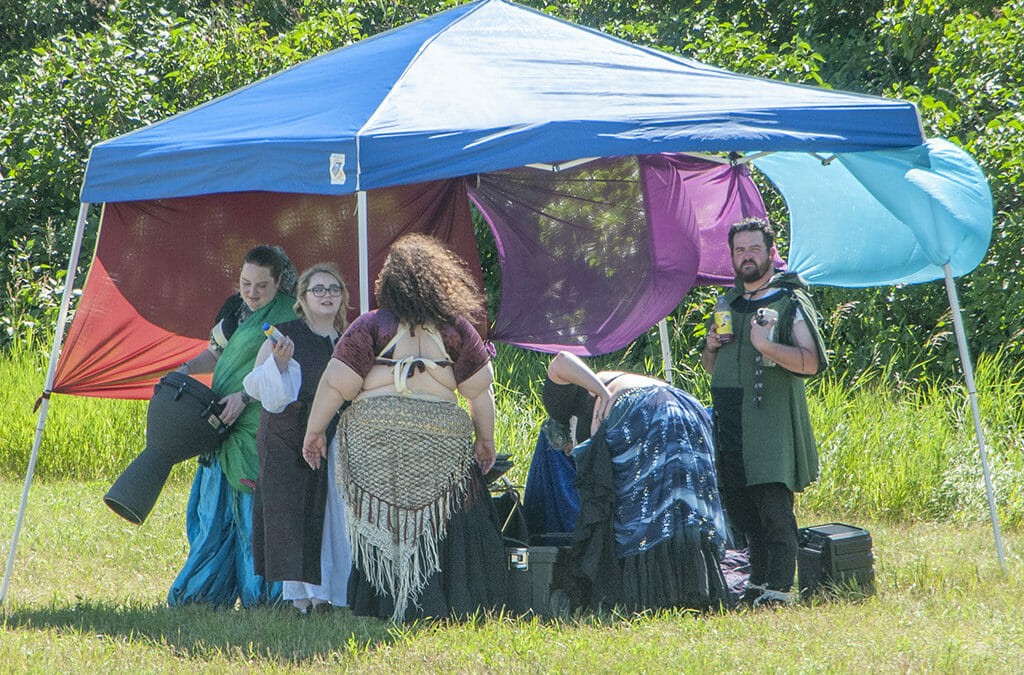 Note:  The Renaissance Festival didn’t make it through the month. After this story was published, the event canceled and refunded tickets.  No word on its future.

Knights and Damsels?  Let’s find out! 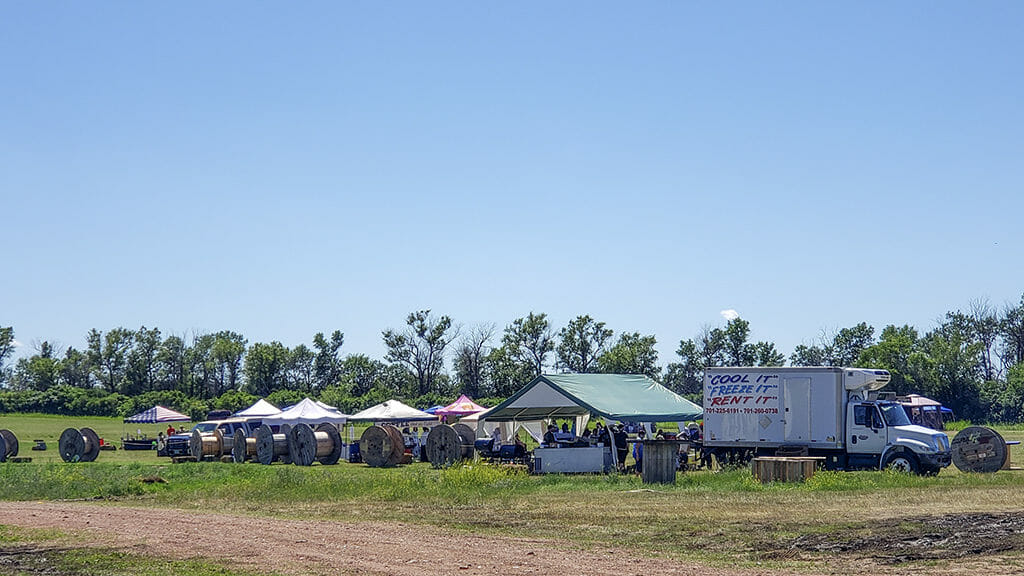 Once we figured out where the vent was held, we walked from the street in front of the old school building back to what must have once been a football field.

For months we’ve heard about a big event in Regent, North Dakota. That’s why we told others of the North Dakota Renaissance Festival.  It promised to be a very big deal! 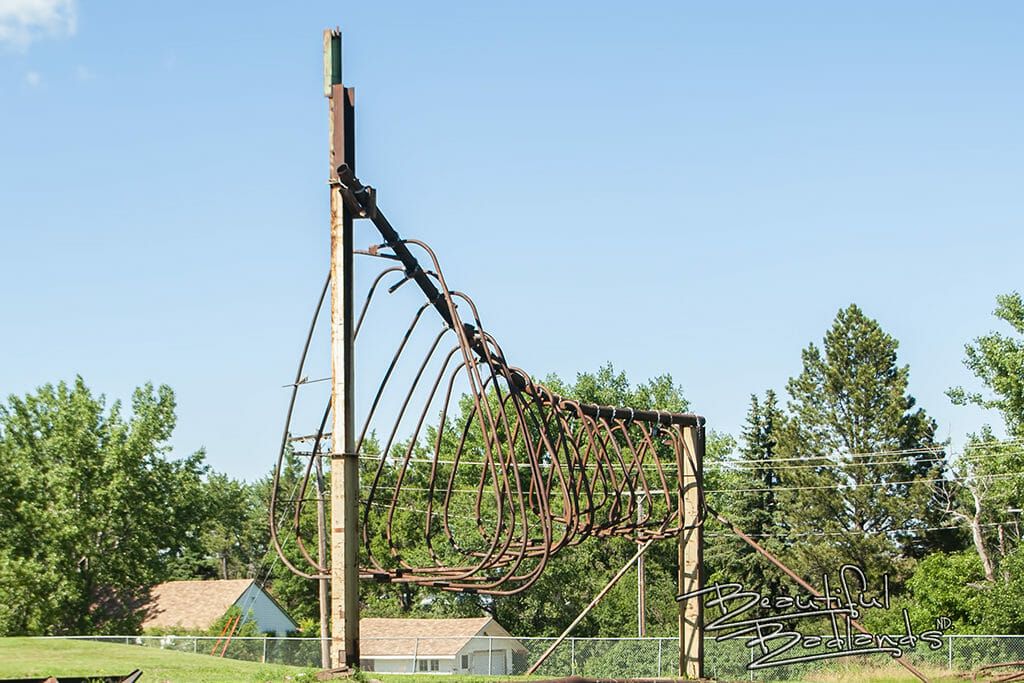 Ribs of fire-breathing dragon at Regent hang from the ironwork that will form the dragon structure as part of the giant statues on the Enchanted Highway.

We were looking forward to seeing the newest creation for the Enchanted Highway, a fire breathing dragon and a fully armored knight.

We were curious, but we’d never know if it was all it could be unless we checked it out. 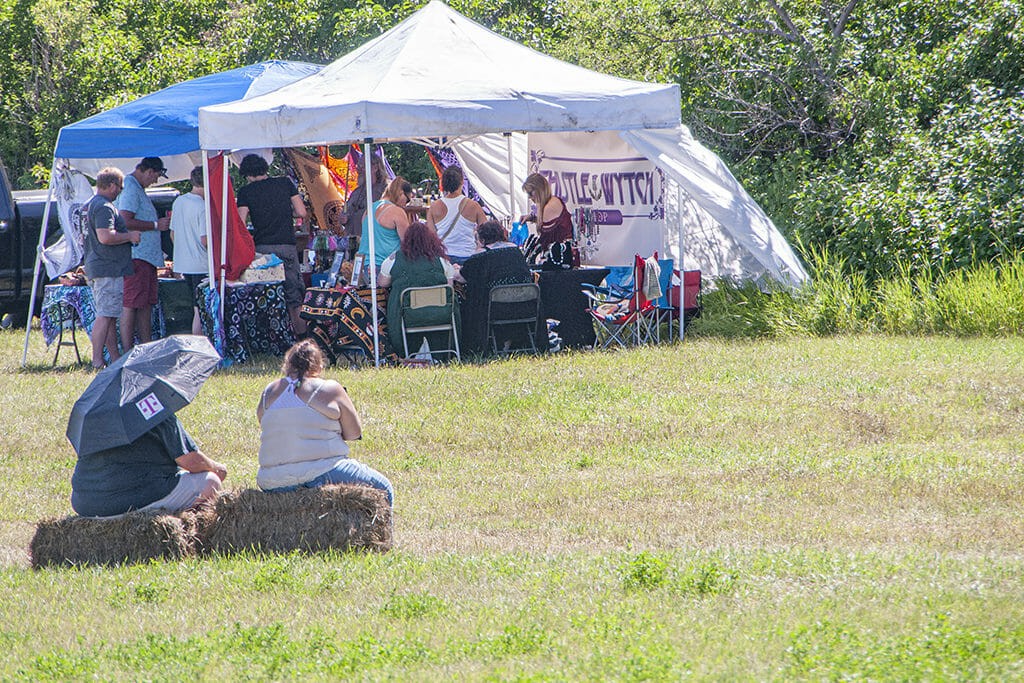 The hot afternoon may have been the reason the massive grounds were empty.

Secluded off to themselves, and a bit of a hot walk across the grounds, a dozen or so vendors tried to find shade and hide from the sun.

We were too late to see the Knights of Mayhem joust on horseback in a makeshift arena. If it cooled off a bit – it was over 85 degrees – they might make one more appearance at 5:00 p.m.  We don’t know if they did. That’s because we left by then.

Other than attempting a few vendor visits, there was not much going on in the heat of the afternoon.

What we found at the Rennaissance Festival 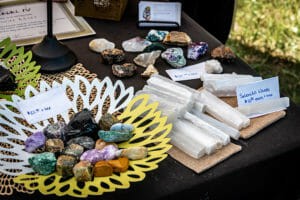 A spiritual booth of chakras and jewelry. 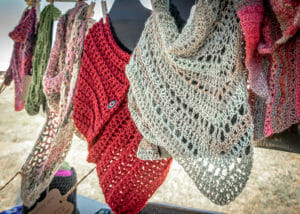 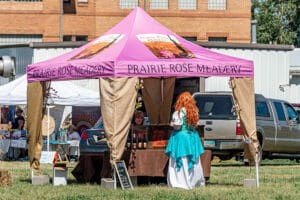 Other vendors were out a long way, farther than we cared to venture.

So, after we wandered a bit, we then sampled the one food vendor we could find.  Nothing like grilled turkey legs,  a greasy German bratwurst, and a barely cooked cheeseburger to remind us of how primitive things were in medieval days. 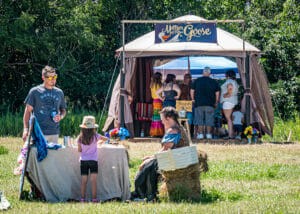 A slow start to a big dream.

Wait a few weeks before you pay the entrance fee to get into the spacious grassy field with a few tents.  Maybe by then, they will have gotten into their full stride to make the Renaissance Festival what they hoped it would be. 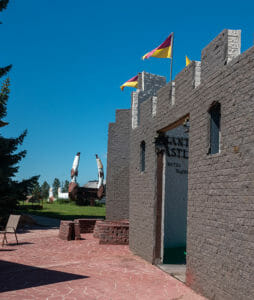 To be finished: Knight in armor lies on his back with arms stretched up outside the facade of the Enchanted Castle.

At least one news station was on hand to get a video tape of the jousting.

And maybe in the next few weeks, the knight in armor and the fire-breathing dragon will be assembled and standing as the signs promised, “Coming Summer 2019.”

The highlight of our day 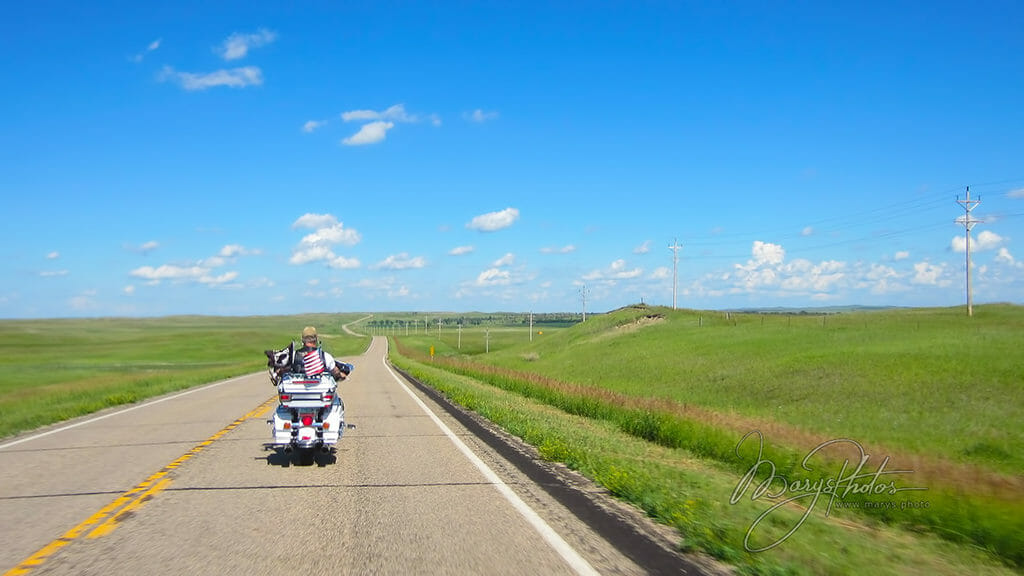 Long rangeland highway across Grant County on a hot day.

For us, the visit to the Renaissance Festival was disappointing. However, the best part of the day was ahead. We got in a very pleasant ride through rangeland, past hayfields, and into small towns of southwestern North Dakota.

Maybe we should have followed our own advice.

The summer is full of events all over western North Dakota and eastern Montana.  We’re looking forward to attending as many of these as we can get to, and then writing about them so you know what is happening.

The Beautiful Badlands ND Facebook page is a clearinghouse of events and stories from the Badlands.