Scenic Snapshots of the most spectacular scenic byway in ND

Over the last couple weeks, we’ve been working on filling a contract for promotional photos and research of the Killdeer Mountain Four Bears Scenic Highway.   In map terms, it’s Scenic Highway 22 which runs from the South Dakota border to near New Town, North Dakota. 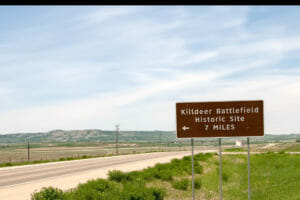 Along the way, we spent a bit of time off the main road capturing the scenery up close that otherwise, we would drive by.  We were up for a little gravel road dust, and we got plenty of it once we got off Scenic Highway 22.

The Killdeer Mountains caught our eye (yeah, we know they’re not mountains, but the name was applied a century or two ago and it stuck) with the gravel roads that snake around the landmark.  Interestingly the Killdeer Mountains played a major role in post-Civil War America.  At that time, they were a landmark for large cattle herds moving north to North Dakota, Montana, and Canada. 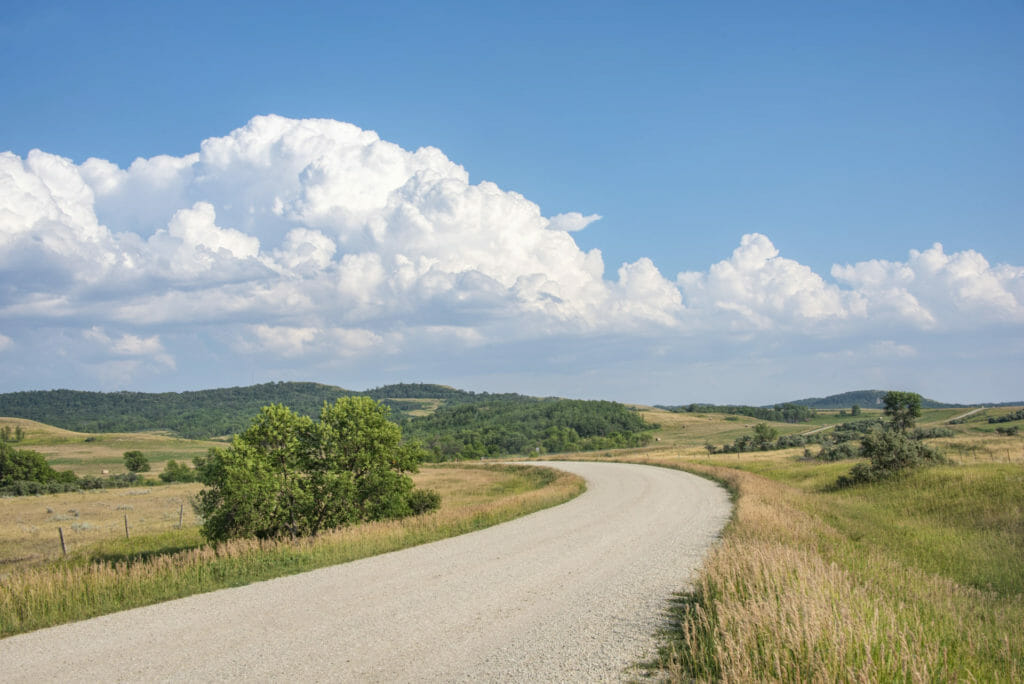 A scenic detour from the scenic byway includes a gravel road to the Killdeer Mountains.

Our photo and research project began last fall capturing late-season grasses, and green hillsides.  We’ve visited with ranchers in the hills, merchants in town and we’ve learned this part of the state is not only scenic but “legendary” in the sense that North Dakota Tourism uses the term. 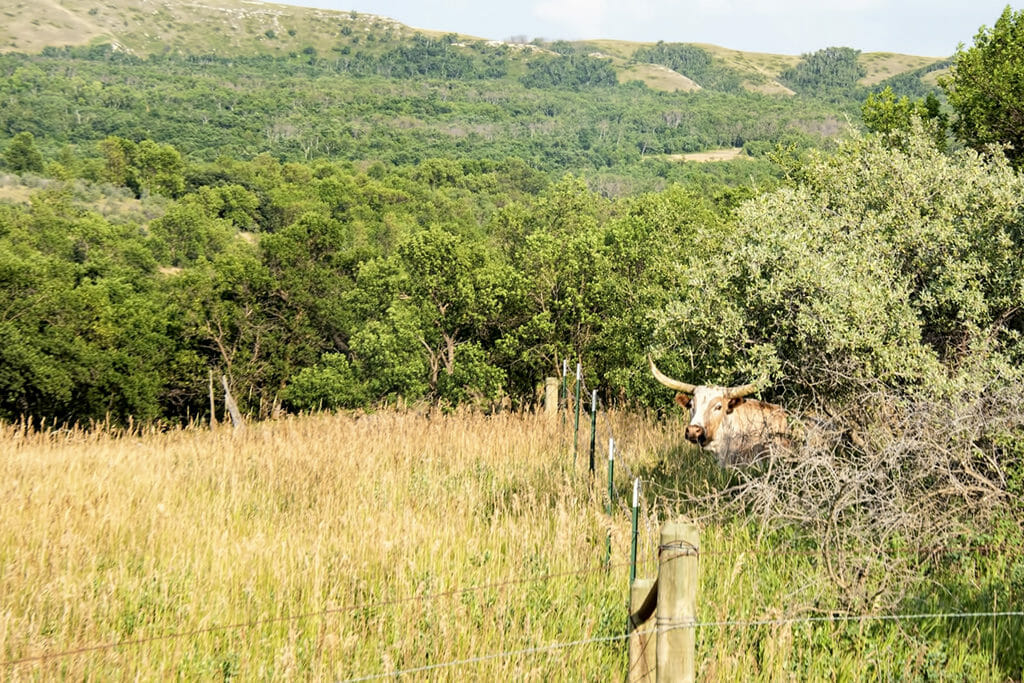 The leaves hung on last fall, the grass was tuning mature amber, and the longhorns were content.

More to Come on Scenic Highway 22

We’re excited about the results of our research and photo safaris along the Scenic Highway 22 spanning Dunn County the Killdeer Mountain Four Bears Scenic Highway.  So excited that you’ll see more in coming weeks!  Actually, you already have. That’s why we’ve written this and also wrote this for people looking for gastronomical stops along the way

Subscribe to get a note in your inbox when a new post is published — including the Scenic Highway 22 posts.