Find out Friday: Is the Snowden Lift Bridge still used? 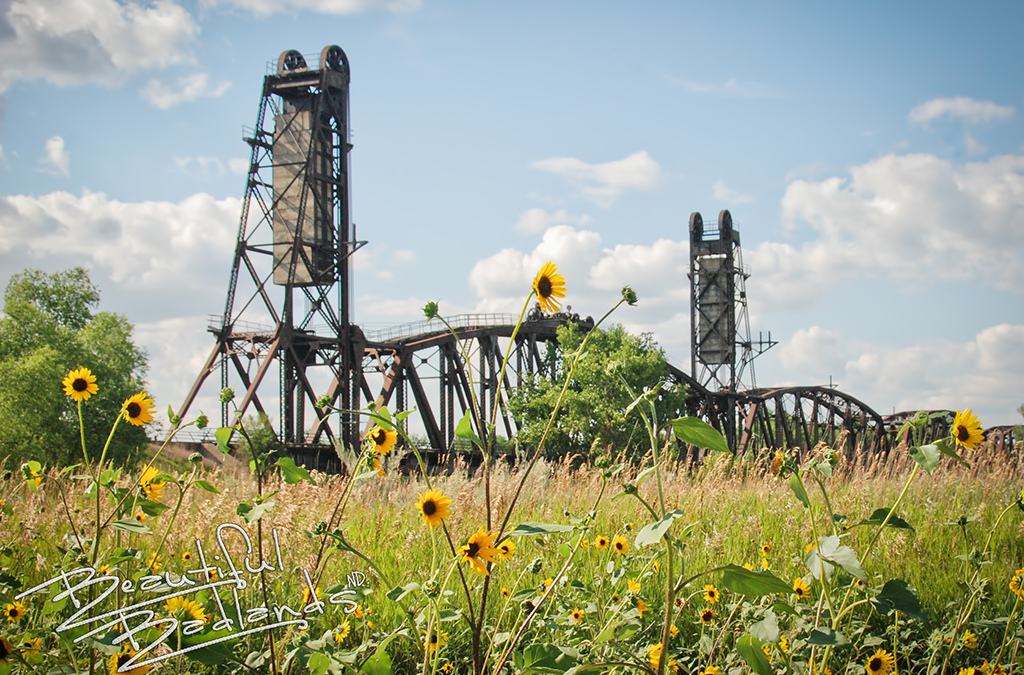 Yes and no. Montana’s Snowden Lift Bridge is still used by trains not autos. 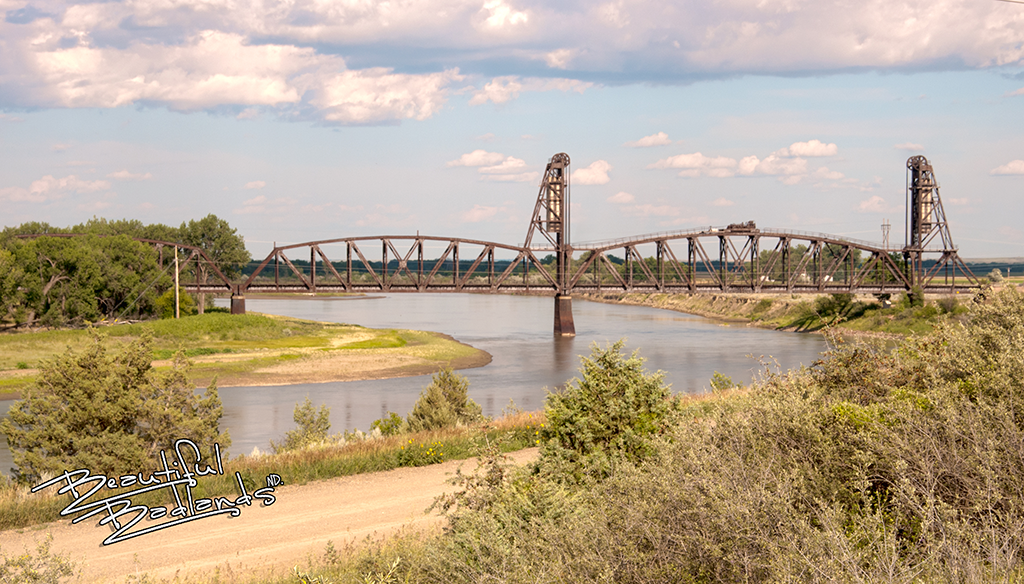 From the west, Montana’s Snowden Bridge can be seen just barely over the channel of the Missouri River.  It is about 2 miles inside the Montana border from North Dakota.

The Fairview Lift Bridge in North Dakota, one mile inside the border from Montana,  has been turned in to a tourist spot for visitors to walk across and even sit on park benches on the bridge behind the safety of a fence. 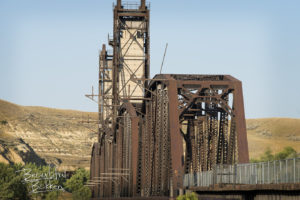 The counterweights of the Fairview Lift Bridge rise above the landscape.

Both bridges at one time carried automobiles and trains.  Now the Snowden bridge carries only trains. Automobile traffic and pedestrian traffic is not allowed.

Between Bainville and Fairview, Montana, the Snowden Bridge was dual purpose until about 1986.  Many people in the region remember driving across the bridge in cars or farm trucks.  The bridge began as a rail bridge, with planks added in 1956 for cars to cross after paying a toll: 50-cents for cars and 15-cents per passenger. 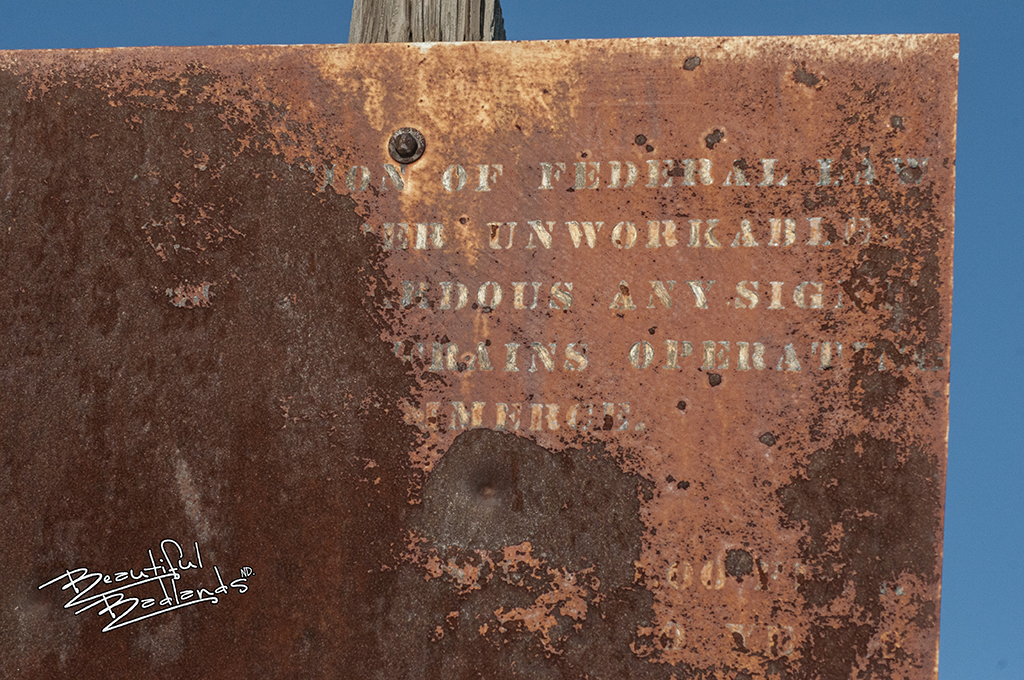 A warning sign in the trees and brush on the north end of the Snowden Bridge warns drivers and pedestrians to be aware of the danger of trains.

It was built to lift one section for barge traffic to pass below.  That happened no more than 15 or 20 times, mostly in the 1950’s when equipment was floated north to build the Fort Peck Dam on the Missouri River.

A unique feature of this lift bridge is that the lifting mechanism could be adjusted so that a different section could be lifted depending on where the river channel was at the moment. 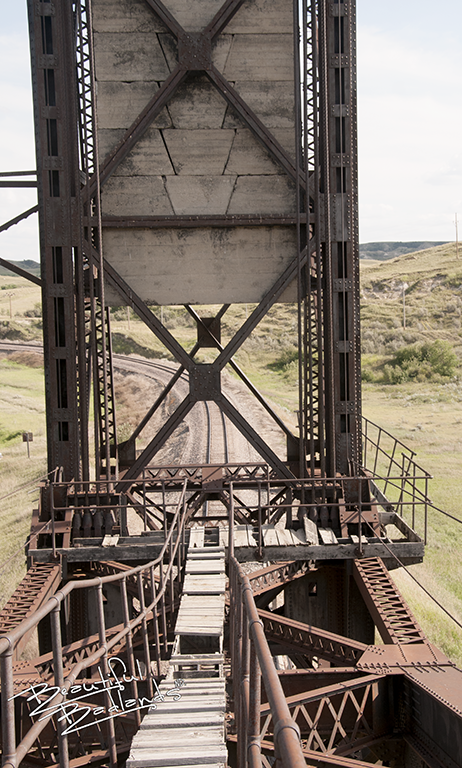 The catwalk to the lifting mechanism on the Snowden Lift Bridge is dangerous and rotten. A good telephoto lens is helpful for a shot like this.

You can drive under the bridge on the south side, but it’s tough to get to on the north side. 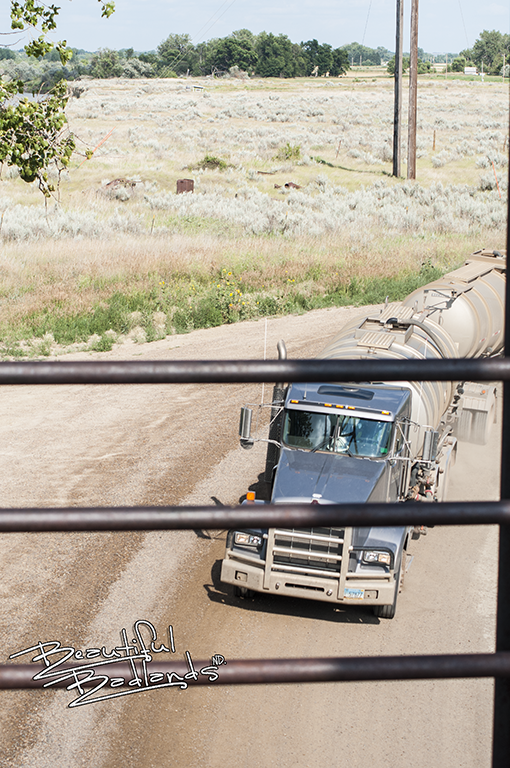 A truck passes underneath the south end of the Snowden Lift Bridge.

It’s a mile or two west of the historic two-state town of Mondak that no longer exists.  100 years ago, the bridge was important to Mondak and Mondak was important to the bridge, but that’s another story.  A lynching story we’ll be telling you about when the time is right. Or ripe.

Did you drive across the Snowden Lift Bridge or the Fairview Lift Bridge? What do you remember about it?

Twice a week, stories of the Badlands are published on Beautiful Badlands ND.  Add your email to the subscription box to get first notice when a new story is added. No spam. Just a notice of a new story. 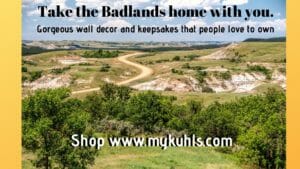