Where the Buffalo (Used to) Roam 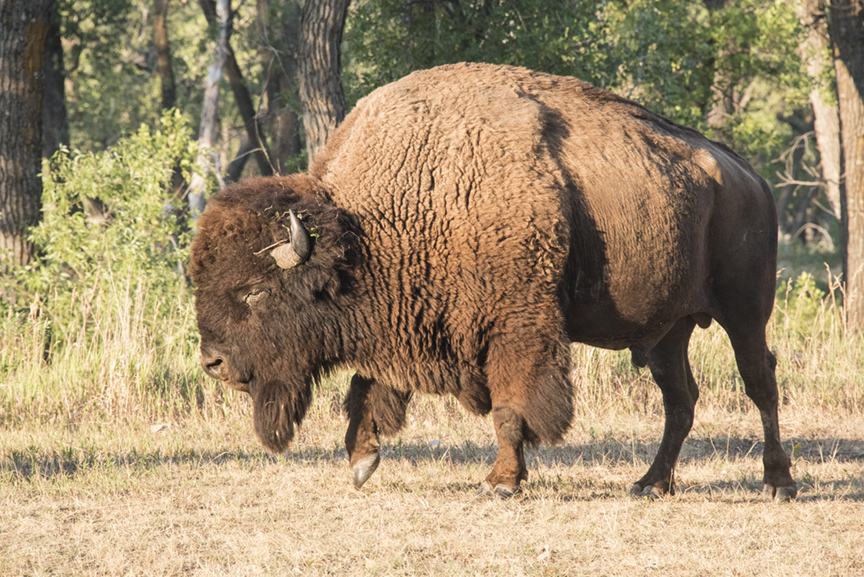 Millions and Millions of Bison 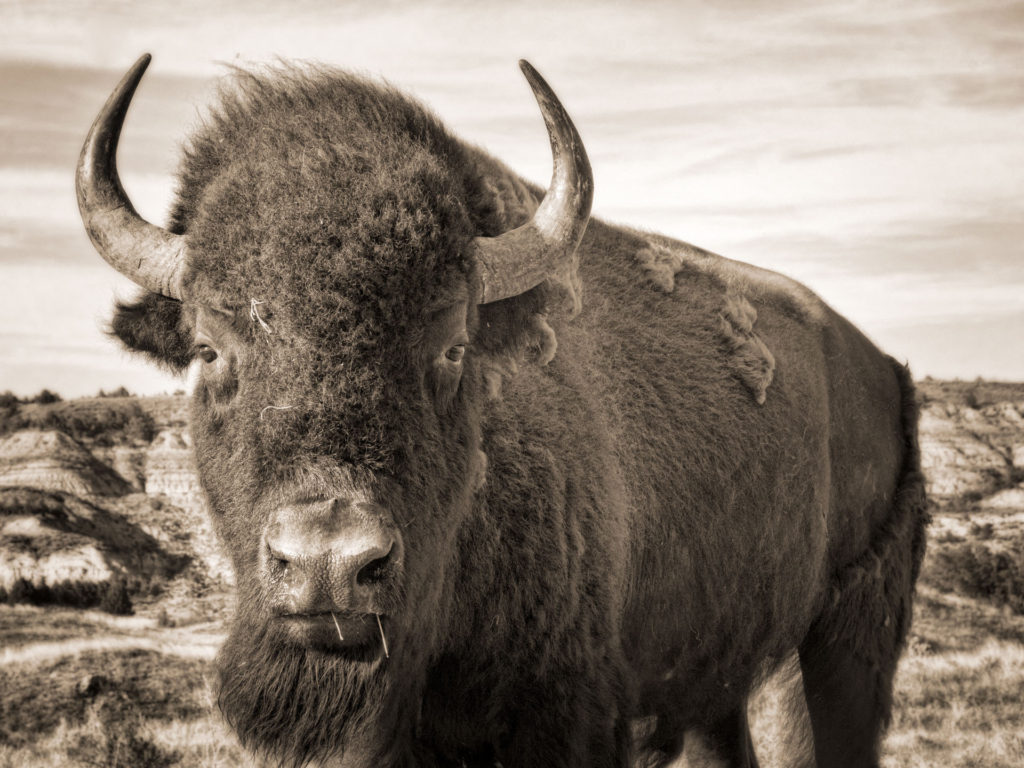 From millions to a widespread handful of herds, the bison who roamed the plains play a significant role in Badlands history.

Douglas Ellison is a regional historian, bookstore owner, and former mayor of Medora. He is gregarious, outgoing, and full of ready information to delight a visitor to his store in Medora with tales of yesteryear, and recommendations of books to satisfy the curious.

One million bison near where Valley City is today

Stories of the vast early-day buffalo herds seem too incredible to believe.  Some western travelers doubted the stories being told … until they saw the huge herds for themselves. Nathaniel Langford, who would become the first superintendent of Yellowstone National Park, vividly recalled a stampeding herd west of the Sheyenne River in present-day North Dakota in 1862:  “From an observation with our field glasses, we judged the herd to be five or six (some said eight or ten) miles wide, and the herd was more than an hour passing us at a gallop.  There seemed to be no space unoccupied by buffaloes.  They were running as rapidly as a horse can go at a keen gallop, about 12 miles an hour.  The whole space, say 5 miles by 12 miles, as far as we could see, was a seemingly solid mass of buffaloes.”  By calculating their density with their dimensions, Langford was forced to conclude:  “I have no doubt that there were one million buffaloes in that herd.”

Bison herd larger than a state 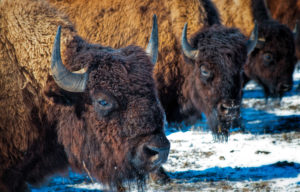 A small collection of bison huddle together to feed on a winter prairie.

Thomas Farnham had reported a similar scene along the Santa Fe Trail in 1839, writing that his group traveled about fifteen miles a day for three days, and in those 45 miles the buffalo stretched out solidly for some fifteen miles on either side of the Trail.   By simple arithmetic, Farnham noted that 1,350 square miles were covered with buffalo.  That is a larger area than the state of Rhode Island. 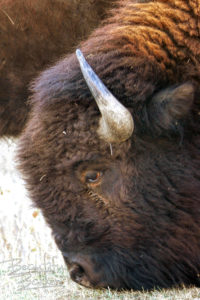 Buffalo were, of course, the center of Plains Indian life.  Their culture was devoted to them, and their very lives depended on them.  Food, clothing, shelter, tools, spirituality were all drawn from this magnificent animal.  Literally, every part of the buffalo, from tongue to tail, was utilized by the Indian.  The policy of Manifest Destiny and the advent of the railroad changed the nature of buffalo hunting forever.  The focus shifted from sustenance to profit and sport.  The wholesale destruction of the buffalo herds, and with it the destruction of the buffalo culture of the Plains Indian, is an American Tragedy.

In fairness, “want” and “waste” are proportional terms.  Human nature dictates that, regardless of race or culture, excessive supply leads to excessive waste.  Buffalo jumps are an example.  Natives used the jumps since prehistoric times whenever possible, as an aid to their hunting, but this brutal technique was tragically wasteful, leaving tons of damaged and unusable carcasses to rot away.  Nor was profligate opportunism an exclusive domain, for when robes and tongues became profitable trading items both white and Indian hunters dealt in those commodities, just as they had with beaver and other pelts.

A solitary bison moves off to its evening grazing ground in the South Unit of the Theodore Roosevelt National Park.

While there had been a few cautionary warnings before 1884, suddenly, in that year, it was discovered that the buffalo, for all intents and purposes, were gone.  Hide-hunters gave way to bone-collectors, whose gatherings for use in fertilizer brought $8 per ton in 1884.

A scholarly study of nineteenth-century Plains Bison estimates their peak population at thirty million.  Those immense, seemingly endless, herds disappeared almost completely in just a few decades.  Excessive hunting, of course, played a huge role, while some studies suggest that disease also made crippling inroads and that a combination of these factors dealt a near-death blow to the species. 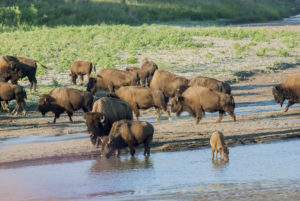 A morning drink of water for the herd includes a refreshing moment for the youngest calf in the herd.

Thanks to the efforts of a dedicated handful of individuals, buffalo were rescued from the very brink of extinction … and they continue to be the living symbol of the American West.

A good general overview is The Time of the Buffalo by Tom McHugh, while a recent regional study is Buffalo Trails in the Dakota Buttes by Francie M. Berg.

Douglas Ellison is the owner of the Western Edge Bookstore in Medora.  He is a regional historian and author of several books.  You can learn more about his latest book on Teddy Roosevelt by clicking here.

You can view a collection of the bison photographs now in the Badlands in this gallery of photos.

More stories of bison: What’s it like to wake up in a bison herd?

Share this article with your friend who loves bison and American History. Just use the share button.
Sign up to receive notices of the next articles.  No spam, just a notice when something is new. (Hint: Snowden Bridge is coming soon!)